7 Secrets to Help You Survive a Career Change 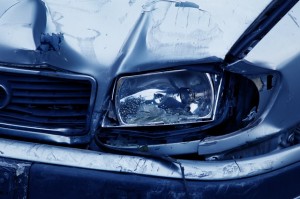 Her life was like something you’d see on stage, but sadly for Maria Pendolino, the show was “A Series of Unfortunate Events.”

Things around her just kept crashing.

Finally, she had to step back and re-evaluate the situation.

The first Unfortunate Event was the economy crash in 2008, which opened a gaping hole in Maria’s life, that swallowed her job and her hopes. She had an important career in the banking industry and had just moved to Chicago, a town where she didn’t know a soul, to spearhead a new project.

While she was one of the lucky ones who didn’t actually lose her  job, the project changed dramatically and she spent two years in limbo. She eventually decided to transfer offices, move back to her hometown, and sell her condo at a loss.

The next crash was  more literal. Two months after her move, her car was stolen and totaled by a man who wanted to experiment with the physics of the “car vs. wall” game.

By the third crash, Maria was beginning to get a little suspicious. When she was hit by a car that ran a red light just a month later, she decided it was time to listen.

“I don’t know if it was a fear of mortality, or something else,” Maria said. “But I knew this was the moment.”

She had made a decision to do something different with her life. She renamed her bank account “The Grand Plan” and started saving for a career change.

Then she did some soul-searching.

It took her digging really deep to get clear about where she wanted to be.

“I asked myself, where was I when I was the happiest? What would really float my boat?”

She inched closer to her answer.

She knew it was somewhere in the Arts, but finally, she realized she didn’t want to just be in the Arts, working in a non-profit or a box office.

“Actually, my passion is acting. I wanted to be on stage.” she said.

Her decision to make the move was easier for her than for most. “I have no dependents, I’m not married. My only obligation is to my credit card bills.”

Still, she walked away from a six-figure salary to pursue her dream. Here’s what she suggests to anyone contemplating making a career change:

1. Take it seriously:  “I think I earned myself a Master’s degree with the research I did.” She said she read everything she could get her hands on, from blogs, to books, articles and papers. She took classes and learned what she didn’t know. “I learned what I had to do to jumpstart my career in acting.”

2. Network your face off: “Get out there and meet people.” She said.  She points out that every connection is useful, and your new connections have connections, allowing you to get to know the people you need to know. “Find someone doing what you want to do, buy them a cup of coffee, and pick their brain. Ask for suggestions – what should I read? Who should I talk to? Can you make a connection?”

3. Learn what you don’t want to do: There are rookie mistakes that can be made in every occupation. Learn what they are and avoid them.

4. Ask the question: Before taking off the golden handcuffs, Maria pitched to her boss the idea of taking an unpaid leave of absence. And she said yes. Maria was able to keep her job without pay for three months, but continue her benefits. “I was able to dip my toe in without having to take an immediate plunge.” She points out that if you don’t ask for what you want – from employers, contacts, friends and potential employers, then the answer is always no.

5. Know you’ll be terrified: Maria was. But she knew she had to keep going because she just felt happier. “It feeds my soul. Now I feel like I’m a part of it all instead of on the outside looking in.” she says.  You don’t have to make a radical change. Take small steps. You will also feel terrified, but you’ll know that you have to keep going.”

6. Google is your friend: “All the information you need about anything is right in front of you and it’s free. There’s no excuse not to self-educate. Don’t enter your new situation blindly.”

7. Make a commitment: If this transition is important to you, invest in yourself and “believe it’s a worthwhile investment. Put your money where your mouth is.”she says. She also urges you to commit your time. “If you said you were going to the museum for three hours this week, take that commitment as seriously as you do your car repair appointment or your dentist.”

Maria is now enjoying success as a paid actor. “I don’t think I’m at the happy ending, yet.” she says. “It’s one step after the next.” She continues on her journey toward spending more and more time on the stage. “I’m a million times happier than I was before. That’s the thing. Money can buy all kinds of stuff. I enjoyed trips to Europe, all kinds of things. But I don’t think anyone should have a passionless life. You have to do what gives you goosebumps.” 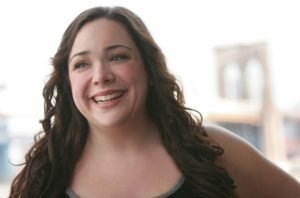