Subconscious Fears about Career Change at 40 and Beyond 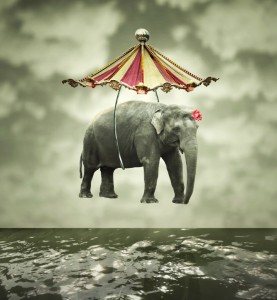 If you’re thinking about making a career change, especially a career change at 40 or beyond (with all the additional implications that it carries) there are a lot of fears that come along for the ride.

What if I can’t find another job this flexible? What if it’s too late to start over? And the big one: MONEY.

But one of the big problems about career change is the fears related to it, because we often let them lurk behind the curtain and cause us anxiety without ever really peeking back there to fully understand what we’re afraid of.

This allows our fears to haunt us and our anxiety to brew and it leaves us powerless, because we’re not really clear what the fears are to begin with,  we don’t have a plan for tackling them.

In fact, until you sit down to think about it (like right now) you may have been unaware that there were actual fears that you can grab ahold of and dissect – and that you can gain more control of this situation. Until now, it might have just felt like a sinking feeling of being stuck and not knowing what to do about it.

The goal of this post is to help you out of that stuck place so you can move forward.

Look for the Fears

Maybe there will be some big fears staring you right in the face, so you may be thinking, “This post is really not for me. I already know what I’m scared of.”

But hold on just a minute.

Chances are, in addition to these big fears, there are also some other fears (big or little) that are lurking in there that you just haven’t fully acknowledged yet. You have to take a minute (or sometimes much longer) to look for those fears and really understand what’s happening before you can start making a plan of action.

Fear is a funny thing though. It’s like a mouse’s shadow. The mouse, like the thing that actually is causing the fear, might be tiny. But the fear, like the shadow, is as big as an elephant. And not only is it huge, but it has hundreds of nuances and details, like the elephant’s wrinkly skin. You can spend hours going down “what if” rabbit holes that do nothing but leave you in knots.

But usually, if you get out of  your own head, and sit down and attempt to think rationally about what’s scaring you, you begin to realize it’s not realistic that you’ll end up a jobless bag lady living under a bridge or on your brother’s couch for the rest of your life.

Yes, it is probably still scary. But the truth is you can probably handle it.

So instead of letting the fears scare the heck out of you, sit down, dig deep to find them, write them out, and think about the likely outcomes, not just the terrible things that keep you awake in the middle of the night.

First, what are subconscious fears? They are fears that you have that you’re not really aware of.

They may effect your behavior, how you interpret or think about things, and what you believe, but the belief or the fear is not something you’re really able to put your finger on.

If you want to be really precise, what we’re actually talking about is the unconscious mind, but most people talk about and think about it as the subconscious, so we’ll roll with it. 😉 To access the subconscious, you’d have to be hypnotized or something. We’re working a level up – not quite that deep. It’s a level you can access by thinking about it and feeling it, and a level you can make changes to through your conscious mind.  So we’re reaching down a level, looking at what drives us when we’re “asleep at the wheel” and then making sure those unconscious drivers are actually in alignment with our own conscious values and goals, so that your conscious and unconscious/subconscious are playing on the same team.

Think about any times you did, said, or felt something that felt out of sync with what you thought you wanted.

Think about any times you did something that felt self sabotaging – said yes when you should have said no; declined a big project that might have meant big things, but backed away; put your passion on the back shelf.

Think about the internal conflicts you have about how your relationships might be effected if you make a career change now, and all that that might mean for you and about you.

Career Change at 40 and Beyond

It would be great if those great big elephants of fear would just float away. But they won’t. You’re going to have to make a plan to get through this transition time.

The truth, as you’re already aware, is that a career change at 40 and beyond is different from a career change earlier on in your career. You have more responsibilities, and you perceive that you’re at a disadvantage in the job market or maybe not in the right position to start a business.

But the truth is, if you don’t do it now, when are you going to do it?

I went to get my eyes checked the other day, and when I told my eye doctor what I did, he told me about his friend who he called “crazy” (in a good way) because she went back for a Ph.D. in Psychology while she had three little kids. She was in her mid 40’s.

But I said to him, “Good for her. I’m sure it was hard, but if she didn’t do it then, when was she going to do it? When the kids were out of the house?” I didn’t add, “If she waited until she was 75, would you think she was crazy then?”

I think if she had, he probably would have said yes, or she may never have done it, thinking it was too late and that she’d have no time to practice her trade. . .

Life comes at you all at once.

Once you’re an adult, you have responsibilities. Maybe there are kids, like our friend the psychologist. But maybe there are other kinds of responsibilities, like a job that’s too demanding right now, older kids, spouses or ex-spouses – whatever. Life doesn’t wait until you’re done with one responsibility to bring on another. They all happen pretty much at the same time.

So, it’s time for a plan, no matter what’s on your plate. It’s time to dig your way out of the fear, no matter how scary or how heavy it is. And it’s time to look at those fears, even if they seem to be buried deep under the surface.

Tell me, do your fears seem to be staring you right in the face, or do you feel like you have some fears lurking behind the curtain? And if you’re brave enough to share, what are some of the fears about making a career change now?

Career Success is Around the Corner – Advice from 18 Top Experts

Career Success is Around the Corner – Advice from 18 Top Experts