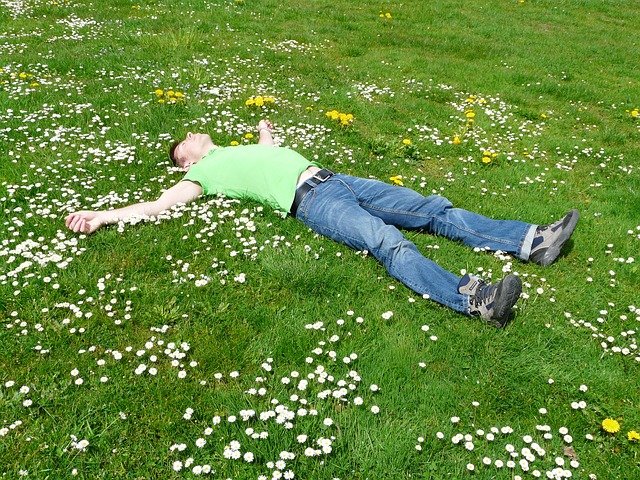 I’m sure you’ve all heard stories about brave souls who threw it all away.

The people who had it all, including a six-figure job, but they still weren’t happy.  So they bucked convention and cashed out to pursue their passion.

I even told you a story about one such career changer recently.

But what if you don’t have a six-figure job to throw away?

Wonder how to quit your job then?

“What good is money if it can’t buy happiness?”  -Agatha Christie

None of us truly believe this quote.

We think that even if it can’t by happiness on Amazon, money sure as heck can buy what would make us happy.

What we’re after is freedom.

We want enough money to do what we want, when we want.

We want to be able to stop going to work at a job we hate and start doing what we love on our own timeline.

And if we just had that 6 figure job we could do it, right?

The truth is, there are (many) unhappy rich people.

Just think of all the rich and famous who have crashed and burned.

We think that if we were given the money and the opportunity they had, we would use it more wisely.

But the truth is that if you don’t know what you’re passionate about and what your life goals are today, having a pile of money won’t make that instantly clearer.

Sure, maybe you could take some time from your high-pressure job to explore, have fun, and de-stress. But having a lot of money doesn’t automatically bring clarity and purpose.

And if you’re unhappy today – the sort of unhappy that comes from feeling a sense of emptiness or meaninglessness – you’ll be unhappy then, with a whole lot more rope to hang yourself with.

It is hard to think about the BIG ideas like passion and purpose, when you’re worried about making ends meet. But it’s also hard when you’re under the kind of pressure that 6 figure jobs often demand.

When a person earns 6 figures and they’re still unhappy, it might initially come as kind of a shock.

Then they realize they have to do what they love, and create a sense of meaning and purpose in their day-to-day lives and in long-term goals.

Happiness is found right there – no matter how much money you make.

And I’m sure that from their perspective it seems awfully hard to walk away from a life they worked so hard for . . .

So, though you might not believe it, throwing it all away to do what you really want to do is still hard.

You (with your five-figure job) are held back from doing what you love for a few main reasons:

2. Other People – What will they say? I mean, they know you live fairly modestly but you’re potentially putting your stability at risk to do something a little crazy.

3. Lack of Clarity – Even if you didn’t have to worry about money or other people, you’re not quite sure what you’d do anyway.

People with six-figure jobs struggle with the same things.

Sure, their lifestyles might be bigger, but generally, people’s lifestyle expands to the point that they, too, feel they have little wiggle room. Their psychological need for whatever lifestyle they have created is very real.

They worry about what others will say.

They’ve had a certain amount of success, maybe paid a lot for an education, and “have it all,” so who are they to turn their noses at that?

And, just like everyone else, they can struggle with figuring out what’s going to fill that hole and give them a sense of purpose.

So they don’t have the freedom you imagine they have.

There, doesn’t that feel better already?

The first thing you need to do is to stop thinking that there is another path that makes doing what you love simple.

It’s not your fault that you think this way.

We’ve all been brainwashed to think that life would be simple if we just made more money.

But it just isn’t true. And the sooner we all start working on the real problem, the sooner we’ll find answers.

Is it easier for people who make a lot of money to quit?

But really only on one dimension – they can potentially cut expenses more easily and save up for a new venture.

They still deal with the same self-doubt, confusion, fear, worries about what others think, and concern about the impact of a career switch on their family.

It might be a little easier, but still not easy (and that’s assuming they can cut expenses).

So what feels easier for you right now?

Or doing what you would need to do to get a 6 figure job, save some money, and then quit?

We can all wish we were in a different situation and imagine that from there it would be easier.

But we’re not in those situations.

We’re in our situations.

If you’re with me, then you’ll agree that the only difference between you and someone who makes six-figures is the ease with which you each can save up some money to do what you want to do.

Everything else is equal, though different.

If you don’t know what you want to do, you have to start there no matter how much you earn.

That’s Question 1: What do you want to do?

Question 2 is: How much do you need to finance your dream?

Is your dream something that will never pay the bills and therefore you need enough money to make it through your whole life? (And are you sure you can’t make it pay?)

Or is it just the space between paychecks that worries you?

Get clear on how much it would really take to do what you want to do.

Whatever that figure is, I’m guessing that if your life depended on it, you’d figure out how to make it happen.

And  your life does depend on it.

If you feel like you’re hanging by a thread at work, you know what I mean. That means you have to do everything in your power (that’s legal of course!) to make this goal happen.

Get creative in your thinking: save money, earn more, take on a part-time or freelance gig, question your calculations, work doing what you love for someone else for a while. . .

The point is you’ll need to do something to bridge the gap and save your pennies so can buy the freedom to make the leap.

You may have to be creative. Your leap might look like a series of small steps instead.

It’s easy here to think that you would be able to skip the hard work of this step if you only made 6 figures.

Or maybe you’d be telling your daughter that she has to switch high schools because private school is now not the priority, and telling your spouse you need to move to a smaller home.

To you these might seem like luxury problems, but perhaps to someone in the world your problems seem luxury too.

Someone else’s perception of your life doesn’t make your experience any less real or painful.

Answering these two simple (but not easy) questions will help you understand how to make your dream of quitting your job and doing what you love a reality, no matter how much money you earn.

How To Make The Leap

The truth is that quitting your job to do what you love may be easier when you make 6 figures, but it’s still not easy.

Whether you make 5 figures or 6, the process for making the leap is the same:

Know what you want.

So tell me, do you agree? Do you believe it’s possible? And is it possible for you?