Little is the New Big: 7 Reasons Why Little Goals Rule 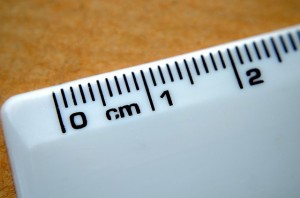 Even if you’re used to dreaming up big goals, sometimes even you have to step back and take a deep breath.

Have you dreamed up something that’s too big, even for you?

Big goals are daunting, and aside from the worry about whether or not you’ll succeed in achieving them, you also might worry about what will change along the way, who won’t be happy for you, and the thousand other fears that can accompany a big goal.

It can be enough to make you give up.

Why Little Is the New Big

You don’t stress at night about whether you’ve got it in you to achieve a little goal. You just get your head in the game and do what you know you’ve got to do to get it done.

And that’s the first reason little goals rule – because you know you can achieve them.

But there are more reasons that you should set little goals for yourself instead of big ones.

Reason #2: The world around you won’t freak out because you’ve done something radical.

When you or your circumstances change radically, even for the better, people tend to freak out. They’ll tell you you’ve grown too big for your britches (does anyone even say that anymore?) They’ll tell you they suddenly feel uncomfortable around you.  They’ll get all weird about money, or they’ll feel ashamed about all the things they haven’t yet accomplished and take it out on you.

Not everyone’s like this of course, but it does happen.

But, if you hit them with a series of small accomplishments instead, they’re like that frog in water – they don’t know the water’s boiling until it’s too late!

Reason 3: You won’t get overwhelmed by a little goal.

Big goals take lots of blood, sweat and tears, and often a fair amount of time to pull off. But little goals are much easier. When you set a small goal for yourself – one that you’ll be proud of but still can accomplish with reasonable ease – you won’t be overwhelmed. You can take on a little goal in one bite and keep moving forward.

Little goals are confidence builders. You can knock them out like Tyson. In fact, when you have a little goal, you can almost always challenge yourself to accomplish it faster or better. Pretty soon you’ll have so much confidence, things you didn’t imagine you’d do will feel like little goals you can easily master.

Reason 5: You have natural stopping points from which you can reassess your trajectory.

When you set a big goal, you probably do one of two things: give up, or keep going until your big goal is reached.

If you keep going, that’s great – but there’s one little problem. You haven’t taken the time to stop along the way to be sure that all the information and experience you gained since you set your goal has changed anything.

Think about this – you decide when you’re ten that you want to be a doctor, and come hell or high water, you’re going to do it. And you do. You plow forward all the way through medical school and residency, and achieve your dream. Except that from the time you were ten until now, a lot has changed. And being a doctor really isn’t what you’d thought it would be or what you’d really like to be doing.

Instead, if you set little goals, when you achieve one you will naturally stop and you can reassess where you’re going.  You’ll want to be sure that you still feel you’re on the right track on the way to reaching the overarching mission.

Reason 6: The “How” is much more imaginable.

If you set a big goal for yourself, say, write a novel and sell over a million copies, the question of how the heck you’re going to do that comes up. Note that this question of how is about the mechanics of doing it, not just about achievability (reason #1).

If you instead set a little goal of writing every night for 15 minutes, you can much more easily figure out how you will achieve it. And once you’re doing that consistently you can move on to the next little goal, which in this case might be completing a chapter.

Ok, the actual achievement of a little goal might not be more fun that achieving a big goal. Big goals tend to make us giddy with excitement.

But when you set little goals for yourself instead of just blasting through the process with your focus on big goal achievement, you’re more likely to slow down and enjoy the process.

You have time to watch how this goal unfolds before you, because you’re not so pressured by the big goal that’s weighing you down. You can afford to smell the roses. You can see where things take you.

And sometimes, the best things happen because you decided to slow down and not go full steam ahead with your blinders on, rushing madly toward a singular goal. Sometimes, you’ll find, the universe has other (better) plans for you.

So now it’s your turn to set a little goal.

Come up with one little goal that inches you toward a big goal you’re struggling with.  Make your little goal something you can reasonably achieve within the next week that will move you closer to a big goal of yours.

I’d love to know that I inspired you to take some action. . . leave your goal in the comments below!

Get free updates on success and doing what you love. Sign up!