This Happens When You Start Believing In Yourself 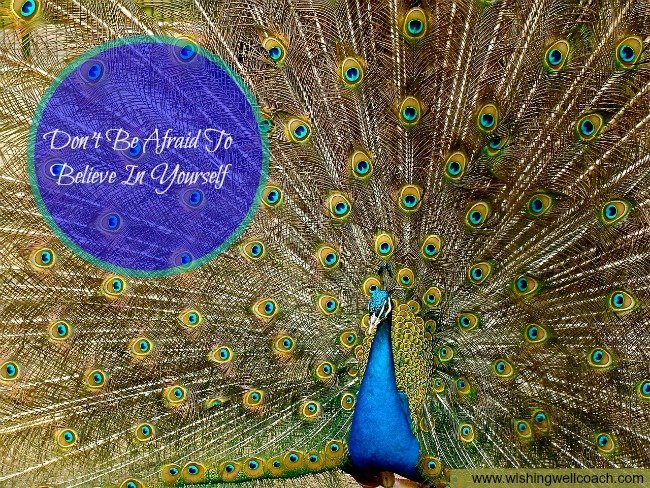 Do you have trouble believing in yourself?

What do you really want?

What’s holding you back?

Those are some of the big questions I ask my clients. They’re not dinner party conversation. It’s not like you’d walk up to someone you’d never met and ask them this. If you did, after you got the blank stare and uncomfortable laughter, they’d walk away thinking you were strange.

But when you’re working with someone in a coaching relationship, you can ask things like this.

People usually can’t answer all at once. It’s a process. It takes time to figure out. But the funny thing is, in order to even answer the question, you have to have a certain amount of belief in yourself.

Have you found this to be true? Even if you’ve never revealed to anyone else what you really want or what’s holding you back, have you found that to even say or think what you want out loud takes some guts?

Try this: Think about your biggest, most out-there goal. Now say it to yourself in the mirror with a straight face.

Getting Underneath The Problem

Sometimes we don’t know what we want. And sometimes we know, but we can’t quite admit it because we don’t believe.

So often I talk to people who really know what they want, but think they don’t because they’re held back by a veil of believing they can’t or shouldn’t.

If you want to know what you really want and what’s holding you back from that, you have to do what I call “get underneath the problem.”

See, there’s the first level, where you’re sitting sort of in a fog with the issue. You don’t know the answers and you can’t see two feet in front to you because the fog is so thick. You’re groping around looking for where to go next.

But by believing in yourself a little bit, you can get underneath all that.

What are you actually afraid of? What’s the thing that’s preventing you from moving forward on whatever it is you want (even if what you want is no more clear than, “I want something better than this.”)

Can you get a sense of what’s holding you back?

Once you know that block, you’re no longer in the problem, you’re underneath it. You’re looking at it from a deeper understanding and you can act on it, not just have it act on you.

You get to do something about it. As they say, knowledge is power.

What Happens When You Start Believing In Yourself

Believing in yourself is an amazing thing. When you believe in yourself and what you’re doing, you don’t stand in your own way any longer and subtly sabotage your own goals.

When you truly and fully believe in yourself, it’s like you stop working and living with one hand tied behind  your back, and start putting all your efforts toward whatever it is you want in your life.

[Tweet “Untie the hand from behind your back, & put everything toward what you want in your life”]

When you believe in yourself, you no longer have to feel afraid or ashamed or guilty or whatever it is that might be blocking you, and you can just let your light shine – and let your peacock feathers show!

It might sound sappy – and while I’m all for believing in dreams I don’t believe you get there without hard work – but you CAN be whatever you make up your mind to be.

Let me know in the comments below!