Your Ex-Boyfriend’s Guide to Finding A Better Job 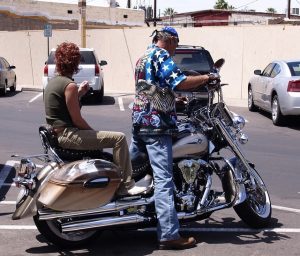 No matter how long ago it was, you probably still have memories.

Do you remember how your friends thought  he was so cool, but your parents knew he was just trouble?

And probably, eventually, you agreed.

All that detention would likely translate into jail time sooner or later. . .

You were finally able to admit that he wasn’t good for you.

And no matter how upsetting the break-up, there was a part of you that knew it was for the best.

Well, your ex-boyfriend is just like your current job.

Maybe your job doesn’t ride a motorcycle, but there’s a way in which you’re attracted to it and repelled by it at the same time.

And that ambivalence keeps you stuck.

Just like your ex-boyfriend, if there wasn’t anything good about your job, you would have been out of there a long time ago.

For your ex-boyfriend, maybe it was his long hair, or the way he made you weak in the knees.

But your job has other benefits.

Probably in the form of a good paycheck and health insurance.

You know it’s not good for you.

Sooner or later it’s going to lead to trouble, whether it means regrets, boredom or feeling increasingly stuck.

But still, there’s something about it that keeps you there.

You stay for the paycheck and benefits, and the security. After all who knows what else is out there?

So what lessons can you take from your ex-boyfriend that can help you get unstuck and start your journey to finding a better job?

Your paycheck and benefits keep you there, but sooner or later you’ll have to decide if you’re ready to create an exit strategy.

It may take years of saving up before you’re ready to make the move, but until you really decide that you’re willing to let go and begin the process of planning to move on, you will stay stuck.

Well, maybe he wasn’t destined to be “successful” in life, but if your ex-boyfriend was nothing if he wasn’t fun.

So even while you know that you won’t be there forever, don’t let that stop you from having fun with your current job.

Seek out anything that may excite you about it, connect with the people you work with, and continue to bring your best every day.

Because even though you’re not at your destination, it can still be a helluva ride.

3. Don’t let the break up break you

Maybe when things finally ended between the two of you, you thought your life was over. But now, looking back, you realize it wasn’t.

Leaving a job can feel the same way.

Whether it’s an unexpected lay-off or a planned move, transition can be scary. But you made it through your break up with Mr. Cool, and you’ll make it through this.

Making a decision to move on from a situation that both draws you in and repels you can be hard.

The ambivalence can make you question what you really want, and if you even deserve to be so “picky.”

But let me assure you, there is a better situation for you out there.

Your ex-boyfriend would agree. You’re too good for him now.  😉